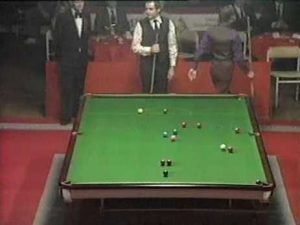 Ray Reardon won in the 1976 World Championship defeating Alex Higgins 27–16 in the final.

The tournament that took place at two venues. The Middlesbrough Town Hall in Middlesbrough staged the top half of the draw and the Wythenshawe Forum, Manchester, staged the bottom half and the final.