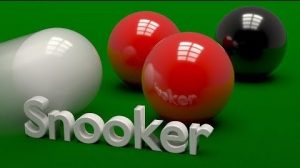 Snooker is a cue sport that originated among British Army officers stationed in India in the second half of the 19th century.

The “modern era” key figures were Ray Reardon 1970s, Steve Davis 1980s, and Stephen Hendry in the 1990s. Since 2000, Ronnie O’Sullivan has won the most world titles. Reanne Evans is the most successful women player.