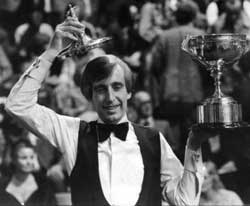 Terry Griffiths won the 1979 World Championship beating Dennis Taylor 24–16 in the final. He became the first qualifier to win the title at the Crucible.