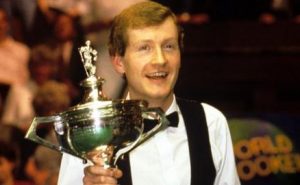 Steve Davis won the 1989 World Championship beating John Parrott 18–3 in the final, which remains the biggest margin of defeat in the sport’s modern era.

This was Davis’ sixth and last world title, and also his last appearance in a World Championship final.