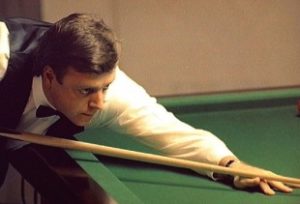 Hallett was a consistently solid snooker player. His world ranking peaked at number six in 1989–90, after his only ranking tournament victory at the 1989 Hong Kong Open in which he beat Dene O’Kane 9–8.