News of the World Tournament 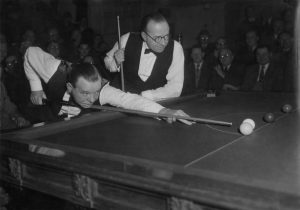 News of the World Tournament – Wikipedia

The News of the World Snooker Tournament was one of the leading professional tournaments of the 1950s and widely considered as being more important than the world championship due to the involvement of Joe Davis.

The highest break of the tournament was four times 140 or more, which was unusual at that time.