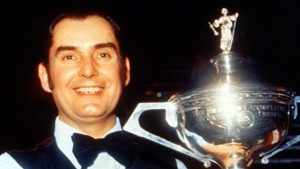 The 1970s began with Ray Reardon winning the World Championship. This year was the first of Reardon’s six world titles; he held the title for only seven months until the next championship in Australia during November 1970.

In this decade the World Championship would move to the Crucible and the Triple Crown series would begin.