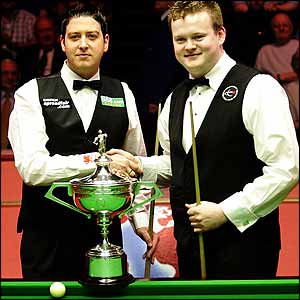 The 2005 World Championship was won by Shaun Murphy.

Qualifier Murphy defeating Matthew Stevens 18–16 in the final. This was the first time that a qualifier won the championship since Terry Griffiths did so in 1979.

There was a total of 63 century breaks made during the tournament, the highest being a maximum made by Mark Williams in the first round.