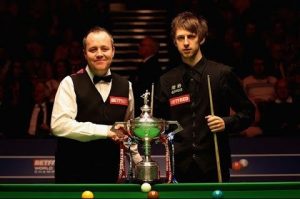 John Higgins won the 2011 World Championships. This was Higgins’ fourth world title, becoming only the fourth man to win four or more championships.

Neil Robertson was the defending champion, but lost 8–10 against Judd Trump in the first round.

Trump became the youngest player since 1990 to reach the final where he lost to John Higgins.