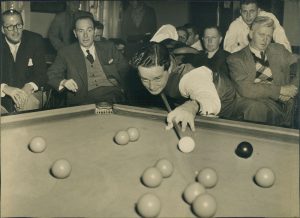 The dominant snooker player in Australia, he lived in Britain for long periods and played in the major British tournaments. From his arrival in Britain in 1935 he was regarded as the second best player in the world, behind Joe Davis.