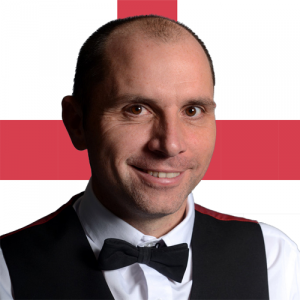 Joe Perry (born 13 August 1974) is an English professional snooker player. He turned professional in 1991, and reached the top sixteen for the first time in 2002.

His first ranking final was the 2001 European Open. Perry then won his first major ranking title at the 2015 Players Championship Grand Final, aged 40 and in his 23rd season.

Perry reached the final of a Triple Crown tournament for the first time at the Masters in 2017.