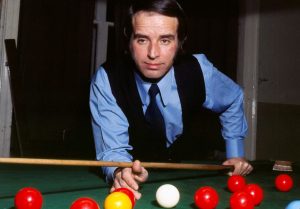 He was the first winner at the Crucible Theatre, was the inaugural winner of the Masters and Irish Masters and was the first player to make a 147 break in competition. This is regarded as an unofficial maximum break as the event used non templated tables.