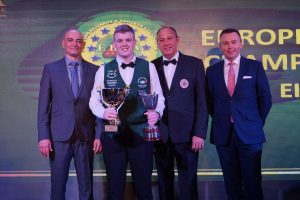 Thanks to more opportunities in the professional game, junior snooker is on the up.

In the 80’s and 90’s BBC Junior Pot Black winners such as John Parrott and Ronnie O’Sullivan would go on to become world champions. With 2-year World Snooker Tour (WST) cards now offered to winners of the World Snooker Federation (WSF) Under-18 Championship and European Under-21 Championship, it’s an exciting time be a junior player.