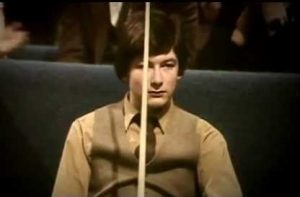 A junior version, called Junior Pot Black, ran from 1981 to 1983 and that was also revived in 1991, for a single year.It was won by Dean Reynolds, John Parrott (twice) and Ronnie O’Sullivan.

The event was revived as a side event to the World Snooker Championship, with the final played on the main match table. The event remained there until 2009.