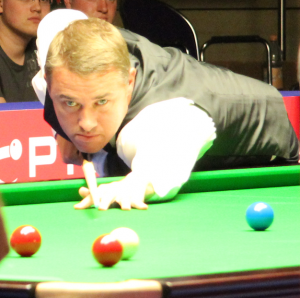 Stephen Gordon Hendry MBE (born 13 January 1969) is a Scottish former professional snooker player. One of the most successful players in the history of snooker, he won the World Snooker Championship, a record seven times in the modern-era.

His first world title in 1990, at the age of 21, made him the youngest-ever World Champion, a record that he still holds.

A prolific break builder, he recorded a total of 775 career century breaks, and made 11 officially-recognised maximum breaks in professional competition.