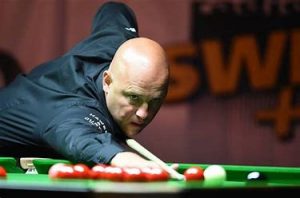 Having turned professional in 1991, King was ranked within the world’s top 32 players between 1996 and 2015, and won his first ranking event title in 2016, defeating Barry Hawkins 9–8 in the final of the Northern Ireland Open.