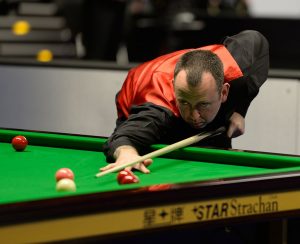 Williams most successful season to date was 2002/2003, when he won the acclaimed treble of tournaments (known as the Triple Crown): the UK Championship, the Masters, and the World Championship.

Williams has compiled more than 470 century breaks during his career, as well as two maximum breaks in competition.