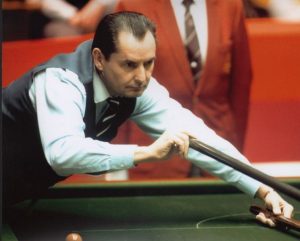 He is widely considered as one of the greatest players of all time. His dark widow’s peak and sharp-toothed grin earned him the nickname “Dracula”.