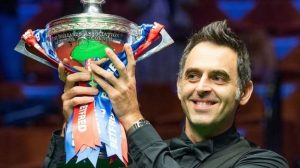 O’Sullivan is the only player to have reached 1,000 career century breaks. He has also achieved the fastest competitive maximum break, compiled in a time of 5 minutes and 8 seconds at the 1997 World Championship.