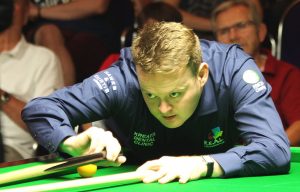 Shaun Peter Murphy (born 10 August 1982) is an English professional snooker player, who won the 2005 World Championship. Nicknamed “The Magician”, Murphy is noted for his straight cue action and his long potting.

Murphy has compiled more than 500 century breaks in his professional career. His highest world ranking was number three, which he maintained for three seasons following 2007–08.