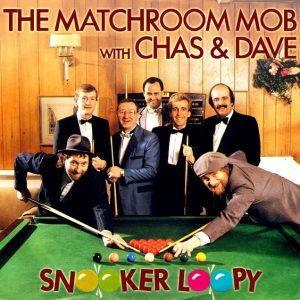 Snooker Loopy” is by far the most well known snooker song.

It was released as a single in May 1986 and entered the UK Singles Chart, reaching 6.

It was written and performed by Chas & Dave and featured snooker players Steve Davis, Dennis Taylor, Willie Thorne, Terry Griffiths and Tony Meo, as backing vocalists under the name ‘The Matchroom Mob’