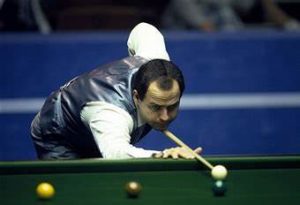 With Steve Davis, Meo won four World Doubles titles, and was also part of the victorious England team at the 1983 World Team Classic. His only ranking title came at the 1989 British Open, beating Dean Reynolds 13–6 after beginning the tournament as a 200–1 outsider.